Home > Soccer > Don’t Starve: all the characters, characteristics and attributes!

Don’t Starve: all the characters, characteristics and attributes!

Don’t Starve and its expansions have several characters to choose from. Each has its own history, attributes, advantages and disadvantages that must be known for you to survive. Many important features are not revealed in the official game description and, therefore, take many players by surprise.

To make your life easier in this game that is not easy at all, we have brought a compilation of all the playable characters so far, along with essential information to get you ready. Check out!

Considered the most balanced character, Wilson’s main characteristic is his beard, which grows gradually over time in the game and reaches its maximum size in 16 days. The beard helps the character to keep warm in the winter (when the difficulty of the game increases a lot).

When spring comes, you can shave Wilson’s beard using the Razor item. This will create the item Beard Hair, which is used in the craft of the Meat Effigy, one of three ways to resurrect in Don’t Starve.

How to unlock: is the initial character. 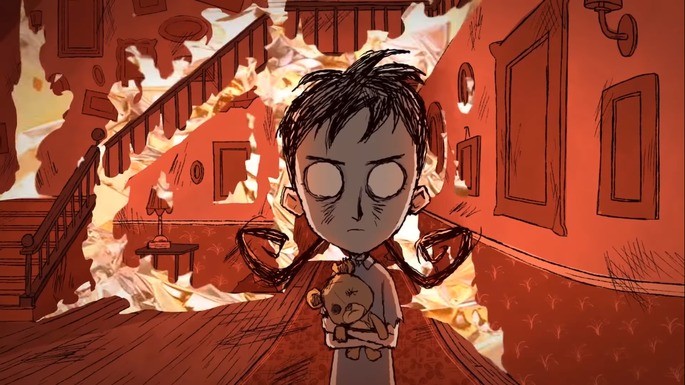 Willow starts the game with his own item: Willow’s Lighter. The item is an infinite source of light, but with a slightly smaller radius than that of a torch.

Unfortunately, the character is pyromaniac, so if her sanity is below 60 she can set fire to her surroundings, without the player commanding her to do so. The advantage is that it is immune to fire and restores sanity close to it. 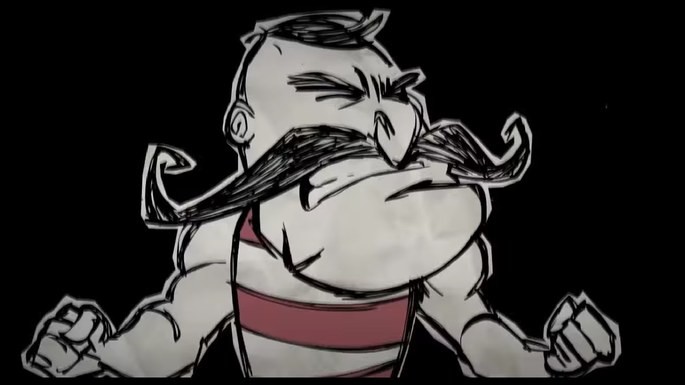 Wolfgang is one of the fighting characters in the game. When his stomach is full, he moves faster and does triple the damage (!!!). The disadvantages are that he gets hungry faster and loses more sanity in the dark and around monsters. 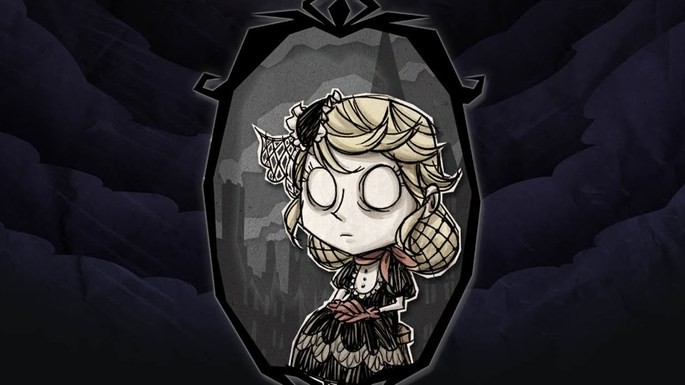 Wendy is one of the weakest characters in the game as she does very little damage in combat. However, she can summon her sister’s ghost, which in turn can finish off several mobs quickly (but not good against bosses). Wendy also loses less sanity in the dark. 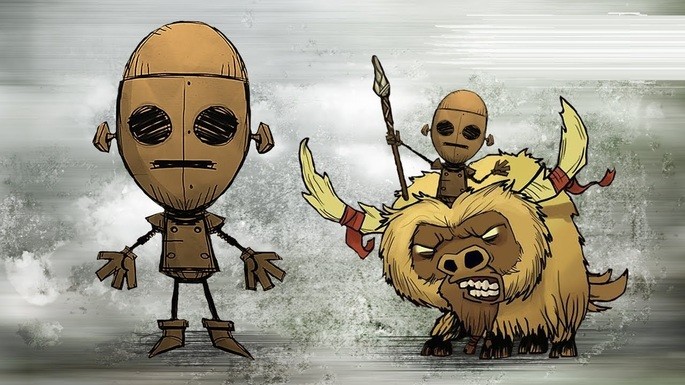 WX-78 is the robot character of Don’t Starve. Its basic attributes (health, hunger and sanity) are lower than normal but can be upgraded when eating Gears. WX-78 can also eat spoiled food without losing life or sanity.

If WX-78 is struck by lightning it enters System Overload mode and loses 33 health and gains 100 life. In this mode, the character moves much faster, emits its own light similar to that of a torch, in addition to being immune to freezing. The mode lasts for an entire day.

The big disadvantage of WX-78 is that it takes damage in the rain. 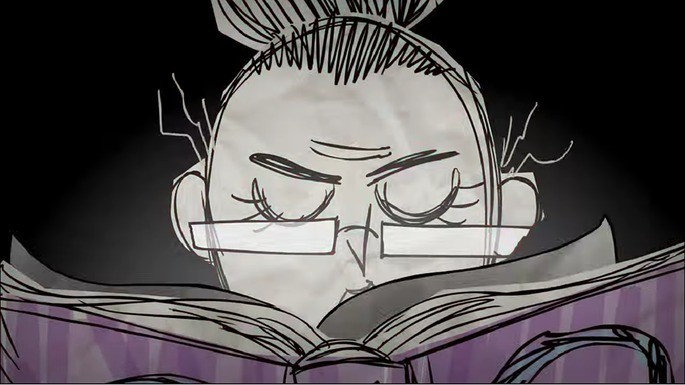 Wickerbottom is a kind of sorceress. Its special ability is to have an exclusive menu of magic book crafts with the most varied effects. The character can also craft all recipes from the Science Machine, without the machine, in addition to having 250 maximum health, the highest in the game.

The biggest disadvantage of Wickerbottom is that she has insomnia, so she cannot recover sanity while sleeping and the player needs to compensate with other ways. She also loses more sanity when eating raw or spoiled food. 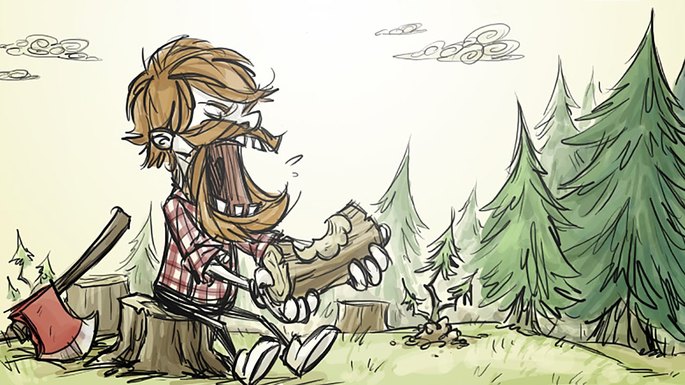 Woodie starts the game with an exclusive item: the Lucia ax. The ax has infinite durability and cuts trees much faster than normal. He is also fully conscious and talks to Woodie all the time. IS.

Woodie’s downside is his curse. It has its own attribute with a wooden log icon. When this bar reaches 25% or less, the character turns into a Lobicastor (obviously, half man and half beaver). In this form the entire HUD of the game disappears, including the inventory, leaving only the wooden meter. The meter increases as you eat wooden items, and if it reaches 0, Woodie returns to normal form with all attributes at 50.

While in Lobicastor form, Woodie loses sanity much faster, but absorbs 80% of the damage and is able to cut down trees, dig, mine and destroy buildings, as well as having unlimited night vision. 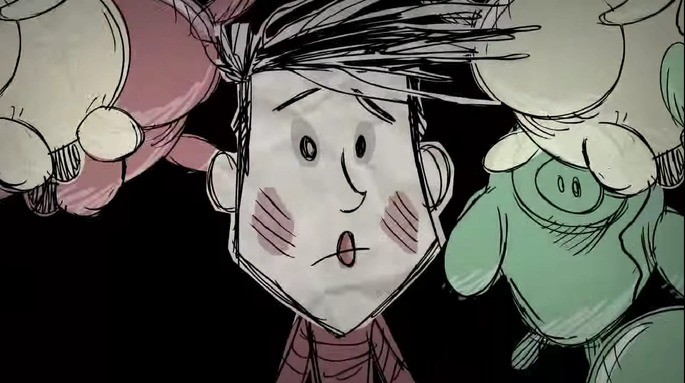 Wes is a mime unable to speak. He is considered one of the worst characters in the game as he has lower basic attributes than normal and also gets hungry faster.

Wes’s unique advantage is also not very good. He has the ability to craft balloons at a cost of 5 sanity. The balloons explode causing 5 damage to everything around them, and can also cause chain reactions with other balloons nearby. They can also be used to attract mobs.

How to unlock: Find Wes’ rescue in Adventure Mode. 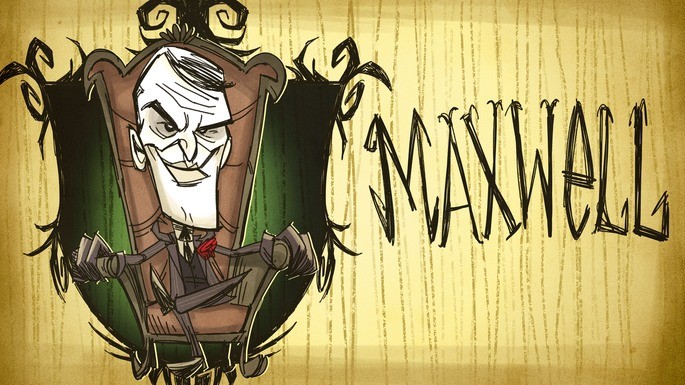 Maxwell’s shadow puppets can perform any activity, from farming any material to fighting. However, they only have 1 HP, so they are not suitable for fighting. Upon dying, puppets regenerate the maximum lost sanity.

How to unlock: Complete Adventure Mode. 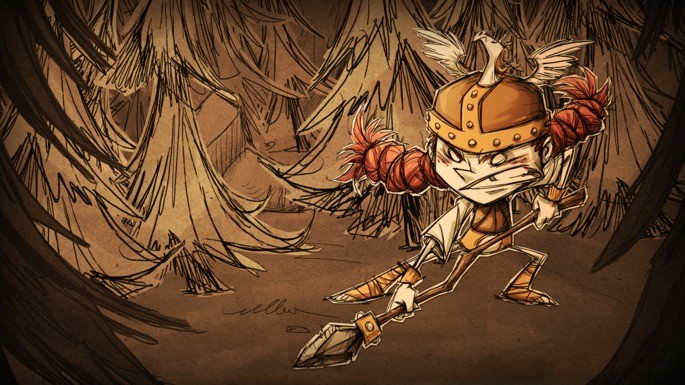 Wigfrid is the second fighting character, alongside Wolfgang. Its advantages are all related to combat: it deals 25% more weapon damage and takes 25% less damage. By killing enemies, it regenerates life and sanity.

Wigfrid also starts the game with his own items: Battle Spear and Battle Helm, which are improved versions of the Spear and the Football Helmet.

The disadvantage of Wigfrid is that she only eats meat, that is, you cannot feed on various items easily found around the island. 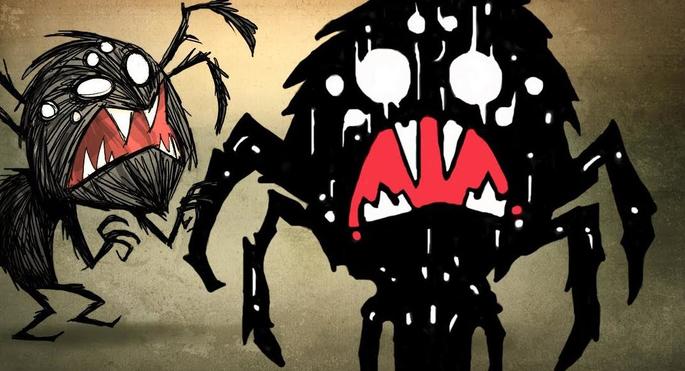 Webber is a child who was eaten by a spider, but did not die, and now lives inside it. Like Wilson, his main advantage is the beard that helps to isolate the cold. Despite giving only 75% of Wilson’s beard protection, Webber’s grows faster and reaches full length in 9 days.

Webber also has advantages related to spiders. They see Webber as a neutral being, so they don’t attack him without reason. Also, if you give meat to a spider it will follow you for a full day, attacking any hostile mob for you. Webber does not lose sanity around spiders and can also build its own nest.

Webber’s only downside is that monsters that are normally neutral but hostile to spiders will attack you.

How to unlock: In Reign of Giants, find Webber’s Skull as a drop of spiders. Then, bury the skull in some open pit. Lightning will strike the pit immediately and the character will revive.

Winona is an accomplished engineer. Its main feature is an exclusive engineering tab through which it can craft various items of its own.

Winona starts the game with 3 Reliable Tapes capable of repairing several damaged items, in addition to being necessary in the craft of your engineering items, which are:

Winona’s disadvantages are only related to her work. She gets hungry fast if she works hard, and if her hunger is below 50, her crafts will be delayed.

How to unlock: Don’t Starve Together exclusive. Immediately available. 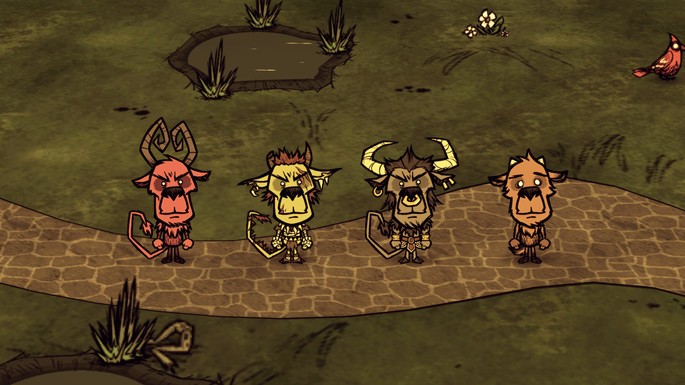 Wortox is one of the last characters added to Don’t Starve Together. Its main feature is the use of Souls, items exclusive to the character.

Wortox starts the game with 6 Souls and can collect more than any dead creature in the game. It is not necessary for Wortox himself to kill them, just get close to any dead creature that the Soul will run alone for the character.

Souls are used to use a kind of dimensional jump in which Wortox disappears and appears in the chosen place. The skill is perfect for evading mobs. In addition, Souls can be dropped to heal allies and feed Wortox himself, in exchange for sanity

The disadvantage of Wortox is that it receives only half the food nutrition, so it is difficult to keep it well fed without using Souls. He also needs to be careful not to accumulate more than 20 Souls (so he must be careful when passing near them), otherwise he loses 20 sanity.

How to unlock: Don’t Starve Together exclusive and obtained through Wortox Chest, Wortox Deluxe Chest or 2700 Spools. 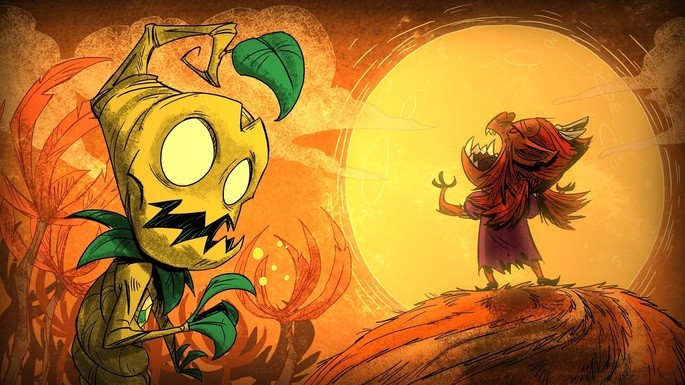 Wormwood is a species of humanoid plant that has a unique crafts menu. The main characteristic of the character is the affinity with plants, which allows him to plant seeds without the need for farms. For each planting, Wormwood gains 10 sanity.

The disadvantage of Wormwood is that it loses sanity whenever it is near a plant that receives damage. This involves burning, cutting and even harvesting. He is also more susceptible to fire than other characters. 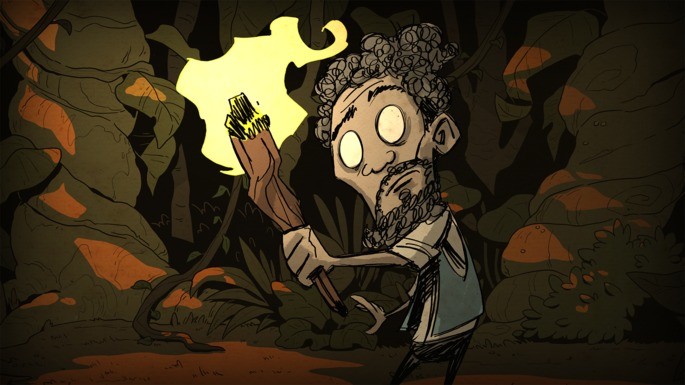 Warly is a professional cook and starts the game with a portable pan and a bag that keeps food for longer.

Warly also has an exclusive menu of recipes that give the character special abilities, from increasing its damage, creating a light source and inverting attributes, to dealing with climate change by increasing or decreasing its body temperature.

Warly’s disadvantage is that he is unable to eat food that has not been properly prepared in his pot. This involves spoiled, raw or any other food that has been made otherwise. He is also hungry faster than normal.

Warly also doesn’t like to eat the same thing every day. If you repeat the same food within 2 days, the gain in attributes will be less than normal.

How to unlock: 2560XP on Don’t Starve Together.

Check out the 7 best tips for beginners in Don’t Starve Together!

Don't Starve Together: the 7 best tips for beginners

12 tips from Last Shelter: Survival to survive the zombie apocalypse

The 10 best io games for browser!

The 8 best formations to use in FIFA 21