The 10 best io games for browser!

Meet the 10 best Io games to have fun in your browser! Are games simple, easy to play and VERY addictive. Below you will find a list with a description of each one and the website to access the titles. Just a stable internet connection and time to spend on all of them!

Slither is an updated version of the famous snake game. The great objective of the game is to eat as many colored dots as possible on the map, so that your snake grow without stopping. The more you grow, the more points you earn, but at the same time the level of difficulty increases!

Another problem is that there are hundreds of other players online who can try to devour your snake if it is smaller than your opponents. So keep an eye on everything and everyone. If you need to, you can “run” from enemies, but this will cause you to lose points and size. 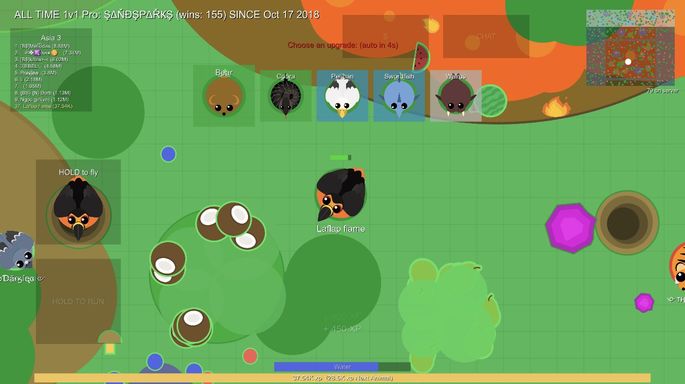 Mope is quite addictive as it also involves evolving a creature. In this case you will choose an animal from among the ones the game offers. Your objective is to eliminate the enemies, marked in red, to reach the maximum level of strength. And so it can be unbeatable!

Each animal has specific powers, in addition to the possibility of kicking, grabbing, punching and even poisoning opponents. They must eat and drink water. Each animal has a specific food according to its type: water or land. If you adapt well to both types, you can create a third category, that of the arctic animal! 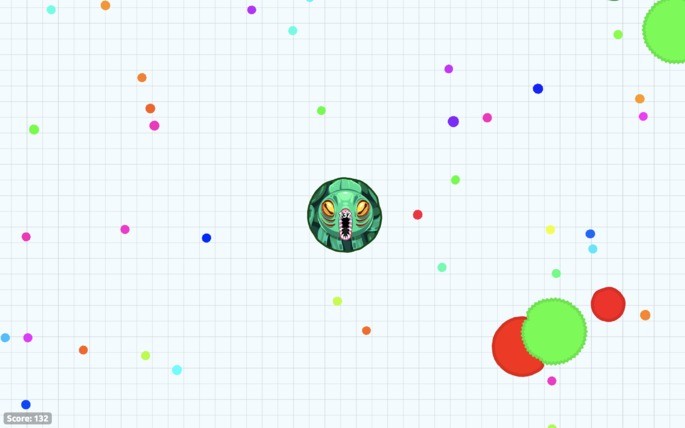 One of the simplest Io games, but one of the most fun. You control a cell, which needs to absorb mass to grow. How is this done? Swallowing other cells, of course! Which means your goal is to devour other players’ smaller cells, without letting them do the same with yours.

In fact, this is the great challenge for game: don’t be eaten. The bigger your cell gets, the more points you have at the end when you die. Stay as long as you can on the field to be first in the ranking! 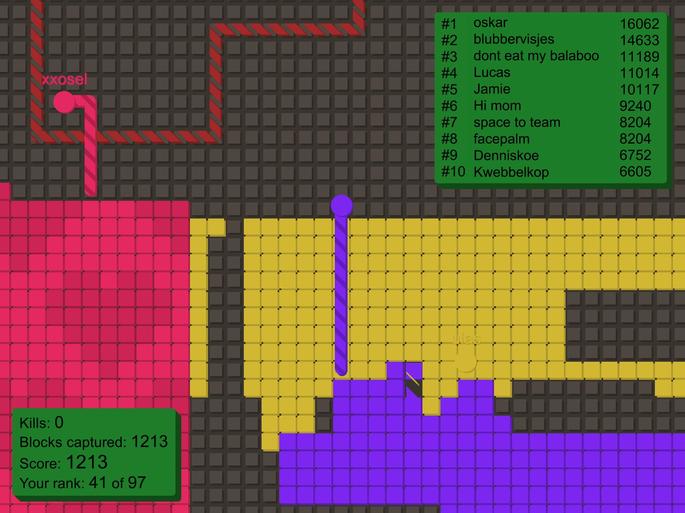 Splix is ​​for conquerors on duty. In it you will try to conquer as much land as possible from other players. The commands are very simple: you have your piece of land and to expand it you must draw a circle in the enemy territory.

When this is done, the territory becomes the color of your land. The problem is that while you are drawing a circle on the enemy land, someone can do the same with your territory. So stay tuned! It is an intense strategy game, which can be quite exciting if you take a chance. 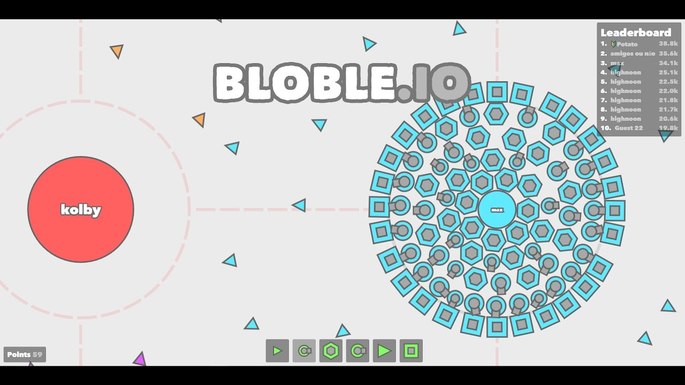 Bloble is a strategy game based on building and defending bases. You start in a circle, which represents your base. You must build buildings, such as a power generator, factories, barracks and even walls. It’s almost like an Age of Empires!

Its base begins surrounded by a red circle. As long as he is there, no one can attack him. As soon as you leave for the first attack on an enemy, the protection circle falls apart. So build your strategy, grow your base and be the last player alive! 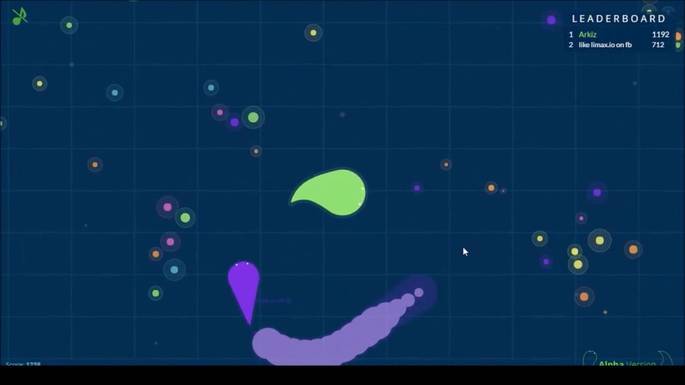 Limax is very similar to Agar. The idea is to absorb other players, but without allowing yourself to be absorbed, of course, The main difference is that you can play it in thematic scenarios. It can be in Space, in a Halloween setting or in a chocolate factory!

In addition, there is the functionality to create traps for enemies. An interesting point and that can be your salvation in this super competitive game. 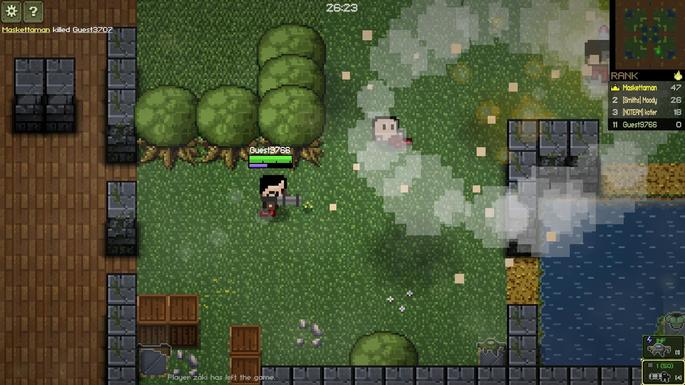 Slay One is very insane. You will control an avatar in a maze full of enemies, who are other players. Your character must seek weapons, gold and experience points to evolve and become stronger. Here having hit points and damage points is all that matters.

As you go through the mazes on the map, place traps that will help eliminate opponents. If he is the last alive, he wins the game and is declared the great survivor! 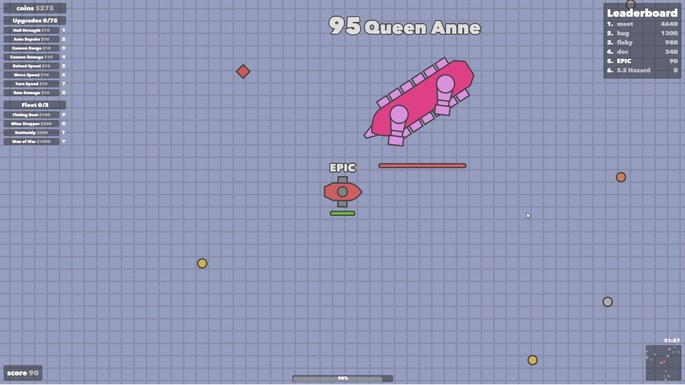 Doblons puts the player in charge of a ship. In other words: the big goal is to dominate the 7 seas and annihilate all the other players and their boats.

Arm yourself to the teeth with the most varied types of cannons and evolve your ship so that it can be the best of all. 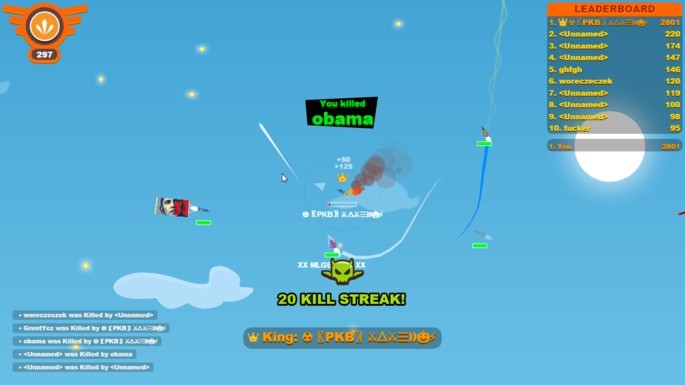 Similar to Doblons, but with planes. The war is intense, and the winner is the one who dies less and who kills more. So choose your fighter, your weapons and go to the skies to strafe all you can.

Some weapons and life will fall from the sky, to facilitate your journey in this war. Watch out for ships that appear in the ocean and try to shoot down all the planes that are at stake. It is certainly one of the most tense Io games on this list, which makes it one of the coolest. 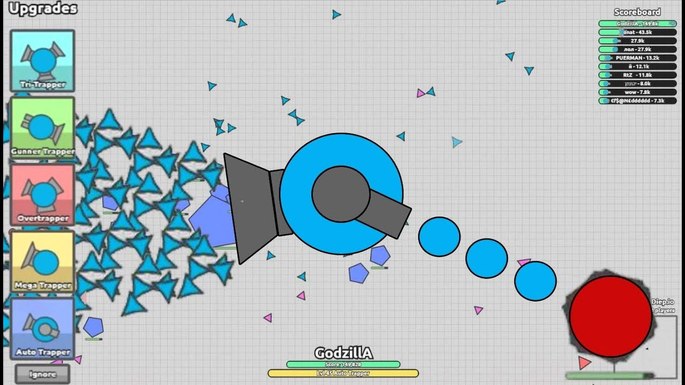 In Diep you control a battle tank. You must destroy squares, rectangles, other geometric shapes and tanks to earn experience points. These points are used to improve your tank. The objective of the game will depend on the game mode chosen.

In this sense it is one of the most complete of this list, since there are 6 game modes, including survivor mode and cooperative mode. The default is Free for All, in which the player with the most points in relation to the other participants wins.

The 25 best detective games for those who like puzzles!

Complete tutorial on how to put music on Discord!