The following list contains only free motorcycle games, which can be downloaded from Google Play on your Android device. If you want to know a little more about each of the games, you can see below a summary of what to expect from each title. We also include the download links for the games along with the summaries, in case you want to download your favorite right now!

Traffic Rider is an infinite racing game, in which you control a motorcycle and travel through traffic full of endless obstacles. The sounds of traffic and your motorcycle have been recorded so that they look real, and you have a first-person view that makes the experience even closer than it is to ride a furious motorcycle in real life.

Something really fun is that, despite being an infinite running game, there is a career mode. In it you can collect points and obtain trophies according to objectives accomplished during your trips. 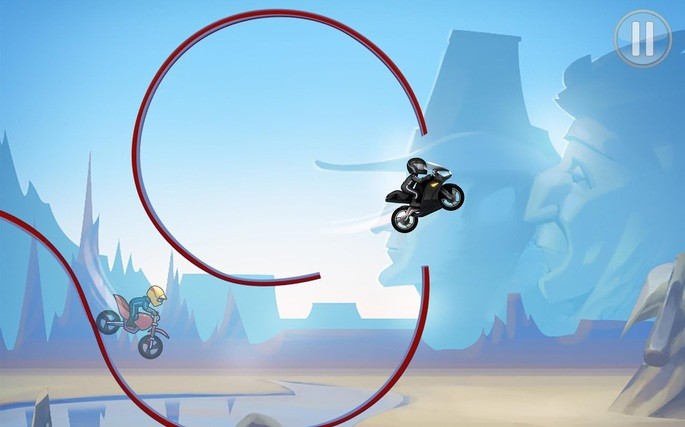 An extremely fun and extremely difficult game, as it is based entirely on the laws of physics. You need to maneuver by tilting your phone enough to achieve perfection and complete the movement. Bike Race has a multiplayer mode, 19 worlds full of levels, 16 bikes and 152 unique tracks. 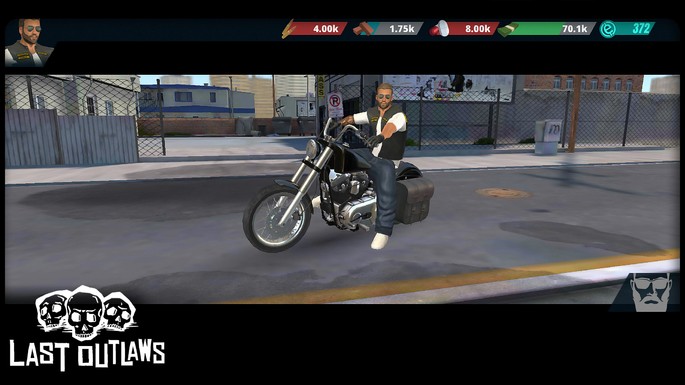 Last Outlaws is all about bikes, but it’s not about racing or maneuvering. Here you manage a biker gang, which has a small club in the middle of the city. Your goal is to make this club grow and dominate the entire city with its shady businesses.

Once you do that, you’ll be able to unlock other cities to expand your crime empire. The game has many elements of strategy, RPG and resource management, being a complete game for different types of player. 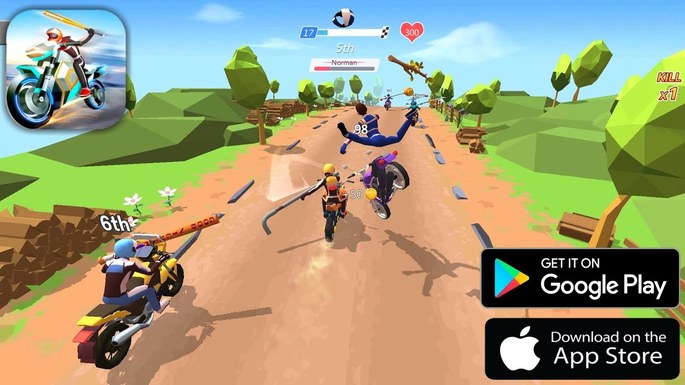 In this motorcycle game the race is the main element, however we have a very fun addition: the beating during the disputes for the first place. In this case, you must use the most diverse weapons to beat the other runners, knock them off the bikes and prevent them from crossing the finish line before you.

There are dozens of different tracks, bikes and weapons. Face other obstacles, like cars and even an airplane! Racing Smash 3D is a game that brings a lot of adrenaline and many possibilities in each race. 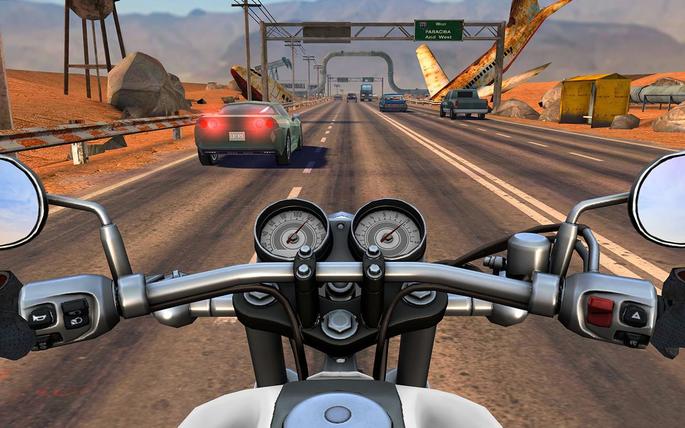 Another endless running game, but with beautiful graphics and a lot of visual realism. Enjoy unforgettable trips on your two-wheeled machine, passing through 4 different scenarios, in 4 unique game modes.

Moto Rider GO does not have a career mode, but it does have achievements and challenges, to keep you playing for hours non-stop. In addition, all bikes can be tuned and customized, to be faster and with better control. 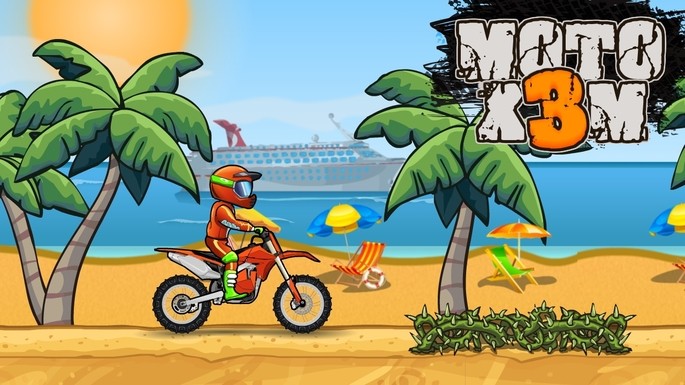 Moto X3M is one of the most famous motorcycle racing games for Android. Accomplish the objectives of each level with your bike, beating the clock and your own time in each of the 170 stages of the game.

As you advance and unlock new stages, you gain access to new bikes. Unfortunately there is no tuning option, but acrobatics are part of the gameplay and earn you precious points to use when purchasing new vehicles. 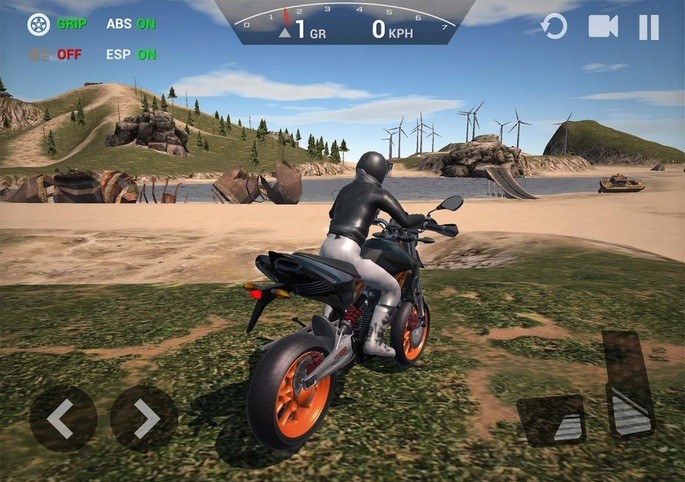 Ultimate Motorcycle Simulator brings a fantastic and huge experience to your Android. The customization options for the bikes are almost endless, and you have a giant open world, where you can do almost anything with your machine. Walk around the city, make jumps and perform stunts or complete the challenges proposed by the game.

This game features excellent graphics and sound effects even well made, to try to make you feel what it is to ride a real motorcycle! 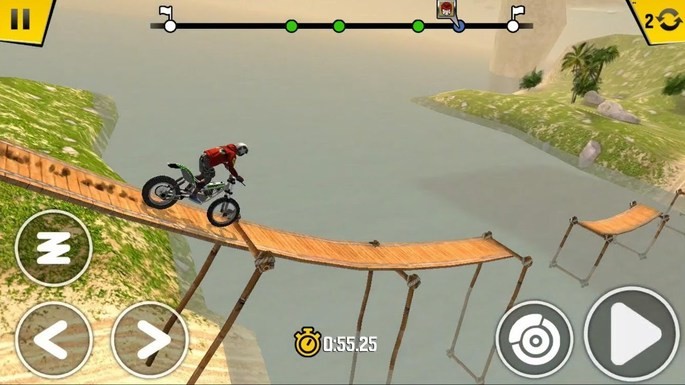 Trial Xtreme 4 is a game for those who like to rise in rankings and compete with friends. There are almost 200 levels in which you will duel against other players and against yourself when trying to improve your time. The tracks have very challenging obstacles, such as broken bridges over rivers or loopings.

The game has a kind of career mode, in which you must impress sponsors to win contracts. That way you can stand out to race in the best maneuvering championships in the world! 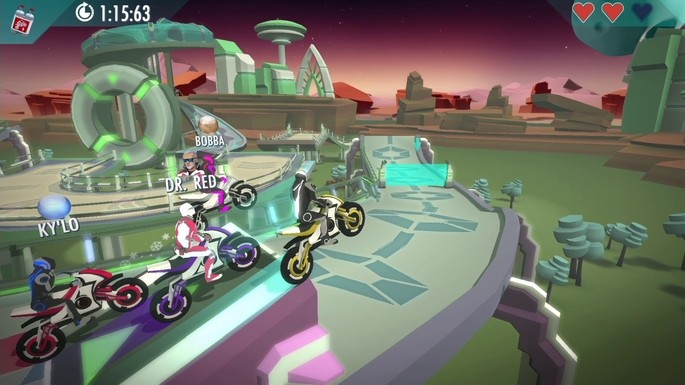 Gravity Rider Zero is perhaps the easiest game on this list. You cannot tune your bike and there is no difficulty level. The experience is made to be always easy, in which you can win with ease, enjoying only the fun of maneuvering on the tracks.

The most fun detail is the fact that it is a futuristic game. Which means bikes ranging from “normal” to prototypes that you only see in science fiction movies. And each bike has its own unique style and grip, which makes the experience quite diverse every time you race. 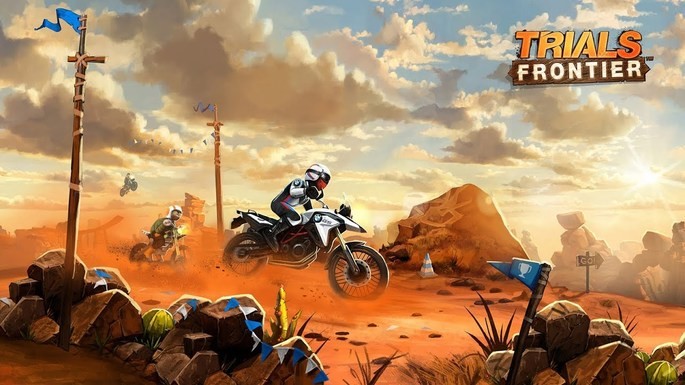 Trials Frontier is a game that mixes maneuvers and racing against time or to make the best time. It has beautiful graphics and challenging gameplay, as controlling the bikes requires a lot of training. Each race has unique obstacles, as the tracks are themed and make you have to reinvent yourself to be able to meet the challenges. 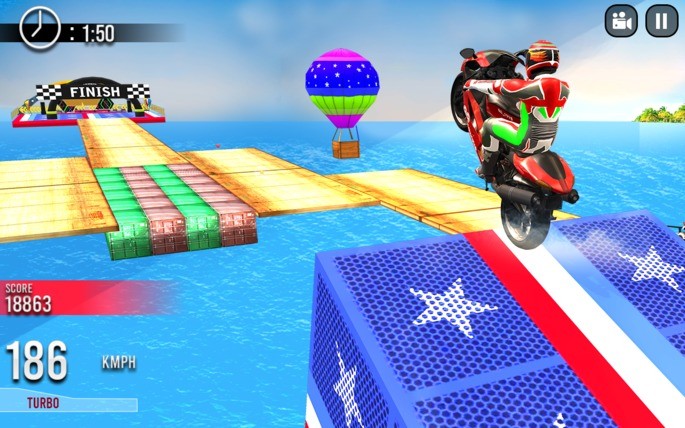 Mega Ramp Bike Stunts is focused on impressive jumps in the air, on water, on fire, from one building to the next, in different situations. You take control of a professional biker who must make the perfect jumps to earn points and keep unlocking new levels. And all this in the middle of races against opponents!

Have you ever imagined a Need for Speed ​​motorcycle for Android? That’s Racing Fever Moto! Take on 4 motorcycle gang leaders in 4 different regions. Show that you are the best driver winning secondary races until you reach the main ones. What will only be possible if you tune your bikes to the maximum, be it in the mechanical part, or in the visual part. 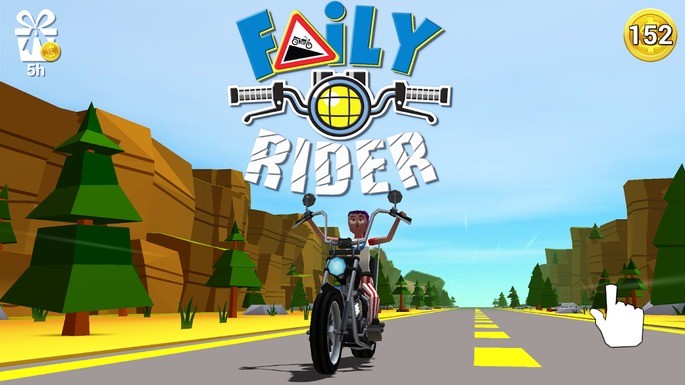 Faily Rider is a Subway Surfer-style endless running game, in which you have to make Phil overcome complex obstacles, grab power-ups and get as far as possible without getting knocked down. A game with modest graphics, simple gameplay, but very casual and great to pass the time.

Wheelie Challenge is quite difficult, but that’s where the fun is. The mission is to get as far as possible without touching the front wheel on the track. You can do this yourself, giving someone a ride on the back, using as many bikes as you want. A game that requires patience, self-control and a lot of training. 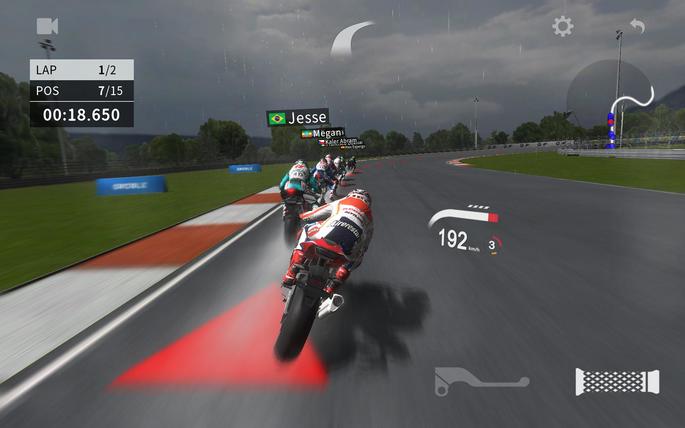 A racing-only game, inspired by Moto GP tournaments, although you can play with a wide variety of bike styles, including Scooters. The types of controls are the most varied, serving both the most professional racing games and the most amateurs and beginners. 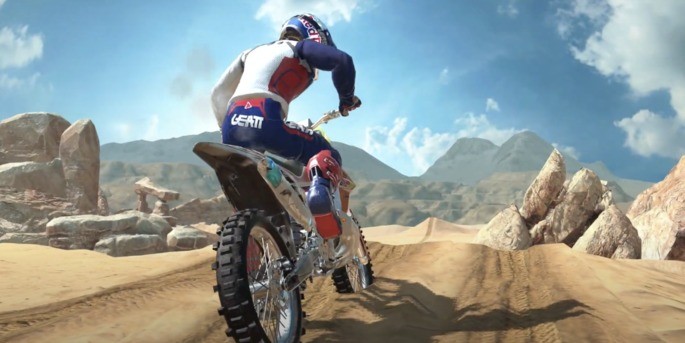 Be a superstar in Moto Cross racing! Win races, win challenges and deserve Red Bull’s legendary helmet in a career mode full of good challenges. The graphics are of great realism, and the physics of the bikes also appeals to anyone looking for something closer to the real.

Discover the Bermuda map and know where to loot in Free Fire!