Home > Soccer > Top 10 Champions for beginners in League of Legends

Top 10 Champions for beginners in League of Legends

Do you want to play League of Legends and you don’t know which champion is right for you? Find out who are the best Champions to learn to play LoL and find the character that will make you love this game.

“Just being in combat to find out who you really are.”

The Monkey King of Vastaya is one of the most interesting champions you will discover in League of Legends. Don’t be fooled by its sturdy appearance: Wukong is a fierce warrior with unexpected talents.

Wukong mentored Champion Master Yi and uses the art of Wuju fighting in his matches. His passive is Stone Skin, an ability that increases this warrior’s Armor and Magic Resistance.

One of his best skills is the Decoy, which makes Wukong invisible for a brief period of time. This ability can help you escape from enemies or initiate a surprise attack (especially if combined with the Cloud Flare ability, an attack of Physical Damage to up to 2 nearby enemies). 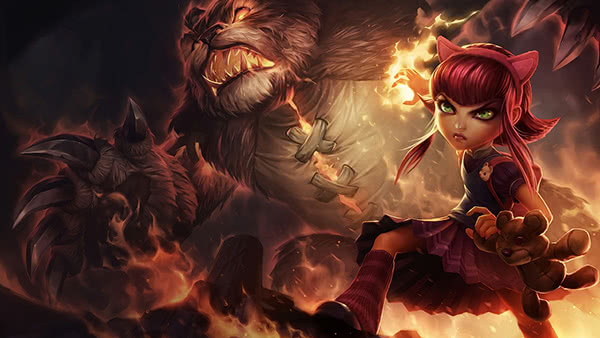 “I never play with matches.”

This is not a girl like the others. Annie is also known as the Dark Child and she has several abilities that make her a very difficult enemy to face in battle.

Annie is a scary sorceress, able to make it difficult for opponents to play with Pyromania (her stunning passive) or destroy with fire all enemies in the area. Magic damage is with this girl, but it’s her stunning ability that really makes her popular.

And how can you forget your fatal ability called Summon: Tibbers? Tibbers is her teddy bear and Annie manages to bring her great friend to life. With this ability, Tibbers attacks and burns everyone around him. 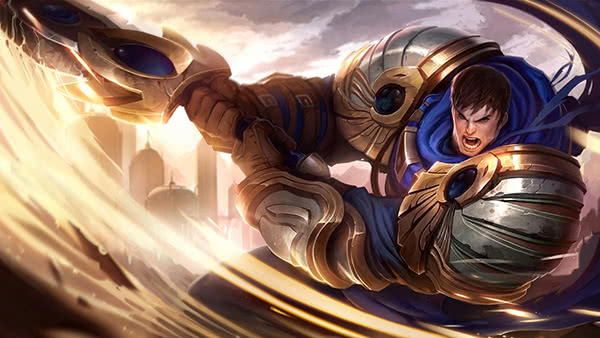 “This kingdom and its people gave me everything I have. What kind of man would I be if I gave less than that in return?”

A man of honor and loyalty, Garen is the right champion for anyone who has always enjoyed playing as a warrior or soldier. An great choice for tank, Garen has life regeneration as a passive and his Armor and Magic Resist increase passively with the killing of opponents.

Judgment is a sinister ability that makes the war dance deathly with your sword, dealing damage and reducing enemies’ Armor. His best skill is Justice Demaciana, who can turn the tables on the opposing Champion who has done the most recent kills. With Demacia’s power, Garen deals damage based on the Life his target has already lost, dealing more damage the less Life the enemy has. 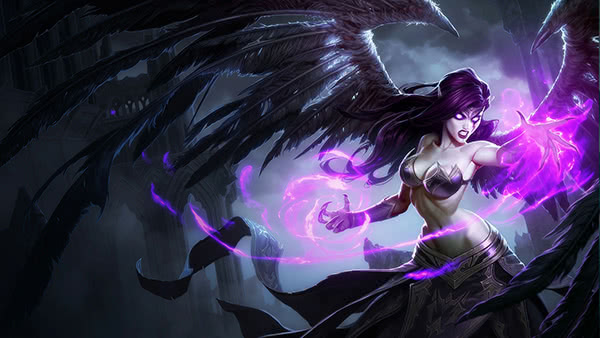 “There will be no rest as long as Kayle’s tyrant continues to exist.”

Morgana is a master of the black arts and will do anything to stop the advance of enemies. A great choice for those who like to play as a support and to do group control.

Morgana specializes in dealing magic damage, either by cursing an area with her Tormented Soil ability or by firing spheres of black magic that do damage and immobilize an enemy (Dark Link ability).

Your Black Shield ability is useful for protecting members of your team by placing a barrier that absorbs magic damage and prevents disarms. Morgana has Magic Vampirism and her passive reflects that: the Champion heals when she does damage with her abilities.

The Fallen Angel shows his sensational ability to stop enemies with the Soul Shackles ability, trapping energetic currents in targets, dealing damage, slowing their Movement Speed ​​and stunning them. 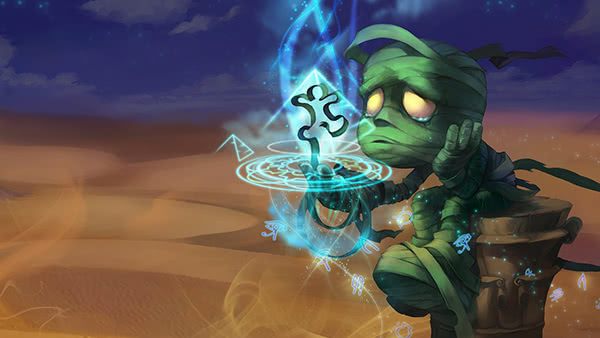 “Loneliness can be more lonely than death.”

Who wants to be friends with the cursed Amumu? Condemned to spend eternity alone, this Champion is a tortured soul who has a lot to offer a new player. Amumu is a good choice for anyone who wants play as jungler, but he is also strong enough to turn into a powerful tank.

His attacks and abilities are varied, he is able to reduce the magic resistance of targets with his passive, cause various types of damage, immobility and stunning with his bandages or cause the loss of a percentage of Maximum Life.

One of his best skills is Chilique – who uses Amumu’s fury to deal damage and permanently reduce the Physical Damage he could take. 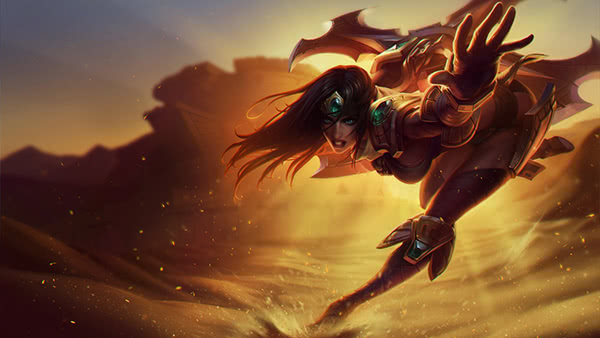 “I don’t care what face is on your coin, as long as you pay.”

The fastest bounty hunter you will find, Sivir is one of the best champions for anyone who wants play as ADC (“Loading” the game with your Attack Damage).

Without resting for a moment, this mercenary is passive to increase her Movement Speed ​​when attacking a target. Your weapon of choice is a blade that works like a boomerang, causing damage to your pass and also using the Ricochet ability to attack secondary targets.

To prevent the abilities of enemies, Sivir creates a protective shield to defend himself. But nothing better than On the Hunt, your best ability that increases your allies’ Movement Speed ​​and gives you an additional Sivir Attack Speed. 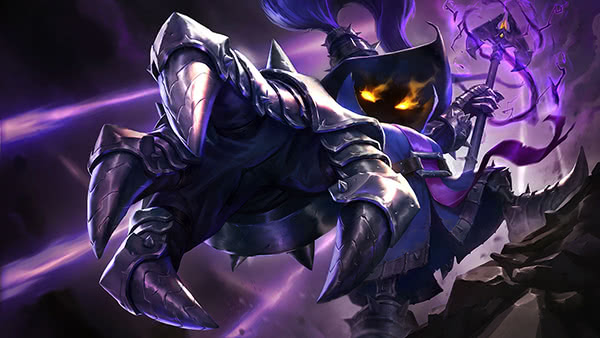 Veigar is an evil sorcerer who wishes to be a ferocious dictator inspiring fear to everyone around him. His passive ability is impressive: each time he hits an enemy champion with an ability, Veigar receives a permanent increase in Ability Power.

This is a champion who is a master of magic damage, using energy from darkness or summoning masses of dark matter to target his enemies. Veigar is one of the characters with greater ability to stun targets in League of Legends.

With the Event Horizon skill, the Champion creates an area that distorts the boundaries of space for 3 seconds. Enemies that pass through this space are stopped and stunned by Veigar’s evil power. 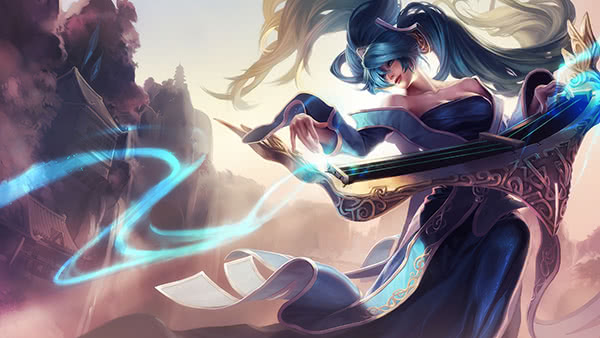 “Its melody moves the soul, its silence makes the body cry.” ~ Jericho Swain

The power of music is this champion’s great weapon and healing instrument. It is one of the best choices for those who want to start playing League of Legends as support – and why not do it harmoniously?

She is specializing in healing allies, with a remarkable skill like the Aria of Perseverance. Touching this Aria, Sona heals herself and a nearby injured ally, and gains an aura that gives a temporary shield to allies in the aura.

Supporting the team, Sona is also able to play the Song of Celerity to increase the Movement Speed ​​of her allies. But do not think that she is not able to seriously attack enemies if she wants to: Sona is able to summon bursts of sound that deal magic damage and her passive gives an additional effect to her damage.

But nothing like his great skill called Crescendo that is truly ruthless. With Crescendo, Sona plays a destructive melody that forces enemies to dance, dealing magic damage and stunning their targets. 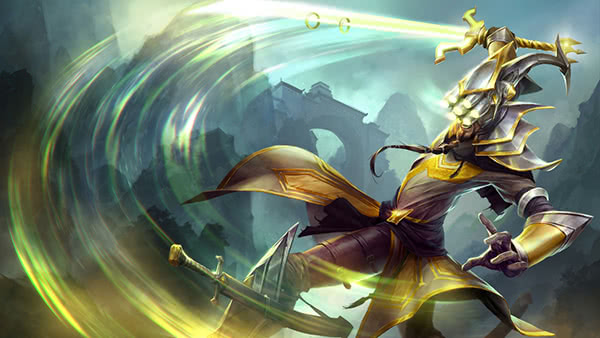 “The edge of the sharpest sword is no match for the calm of a peaceful mind.”

One of the easiest junglers you can find in the game, Master Yi is a fast and effective swordsman with a lot to offer players. His skills are simple and straightforward, being a fierce opponent against sorcerers or ADCs.

Your Alpha Attack teleports you across the battlefield inflicting Physical Damage to multiple units while remaining protected from attack. He has the ability to heal himself through Meditation, which is valuable when he makes several attacks and manages to return to a safe place.

His great ability is Highlander, which turns him into a powerful attack machine, increasing his Attack and Movement Speed. Each kill or assistance extends the duration of this ability, giving this virtuous warrior even more freedom. 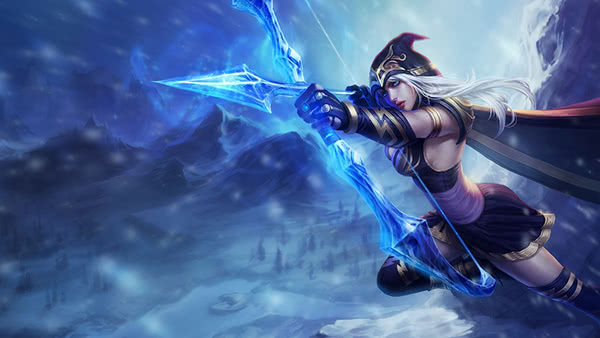 A master archer of the icy lands of Freljord, Ashe is a heroine who believes in the peaceful unification of the tribes and fights for the greater good of Freljord. With her divine ice bow – offered by the goddess Avarosa – Ashe is a fierce champion in battle.

An ADC easy to learn and with whom players have fun playing, Ashe is a great option for beginners. Their passive ability is Freeze Shot, where their attacks slow enemies, making them vulnerable to further damage.

Other abilities, such as Concentration or Blast, temporarily increase your Attack Speed ​​and Physical Damage, respectively. She has a unique skill like ADC called Olhar do Falcão that is very useful in group control: Ashe fires an arrow that shows undisclosed terrain on the map, something useful for the entire team’s strategy.

His greatest skill is Enchanted Crystal Arrow, in which Ashe fires a giant icicle arrow. If the projectile collides with an enemy, it suffers magic damage and stunning, while the other closest enemy champions take half the damage and slowness.

Other must-see League of Legends tips:

Minecraft: how to make Enchantment Table and how to use it!

Minecraft composting: how to do it, what it is for and how to use it!

10 tips to do well in the Fall Guys minigames!

The 15 best free and offline games available for PC!